Thanks for the question.

Historically, there have been many variations of proposed and realized socialism – so many, in fact, that you could write a lengthy book about them and still likely not be able to include them all. In addition, socialist philosophies have evolved considerably over time. What holds all of them together is, I think, a fundamental belief that capitalism must either be reigned in or eliminated in order for inequality to be reduced, and for individual and collective freedoms and well-being to be ensured.

That said, I would probably break down socialism in its current forms into these categories:

1. Authoritarian State Socialism – such as Marxism-Leninism as widely implemented, with strict central planning of the economy, all productive enterprise owned by the State, and the State controlled by the select few of a single party.

2. Democratic Socialism – a democratic and decentralized version of socialism that opposes authoritarian forms like Marxism-Leninism, and where more open democratic controls manage the means of production and economic planning, with worker self-management as a key feature. This form of socialism has traditionally relied on representative democracy to further socialist reforms.

3. Market Socialism – is socialistic in that all free enterprise is publicly owned and managed, and workers and society benefit from all productivity; is market-based in that competition exists between free enterprise, and the economy tends to be less centrally planned.

5. Libertarian Socialism – a broad umbrella in itself, this includes many proposals for non-State-centric (minarchist or anarchist) socialist political economies that emphasize highly distributed collective and egalitarian solutions, worker self-management, attenuation or elimination of private property, and governance via direct democracy, nested councils, etc. (rather than representative democracy). An example of libertarian socialism that has gained popularity and real-world examples in recents years is municipalism (see Which municipalism? Let's be choosy).

6. Anarcho-Communism – a form of Libertarian Socialism that has been implemented at various scales throughout history, and differentiates itself mainly in that it seeks a more complete, Stateless anarchy and facilitates individual agency above collective or communal concerns.

There are actually many other forms of socialism as well. The chart below plots what some of these look like in relation to more capitalist or "proprietarian" traditions of political economy.

I hope this was helpful. 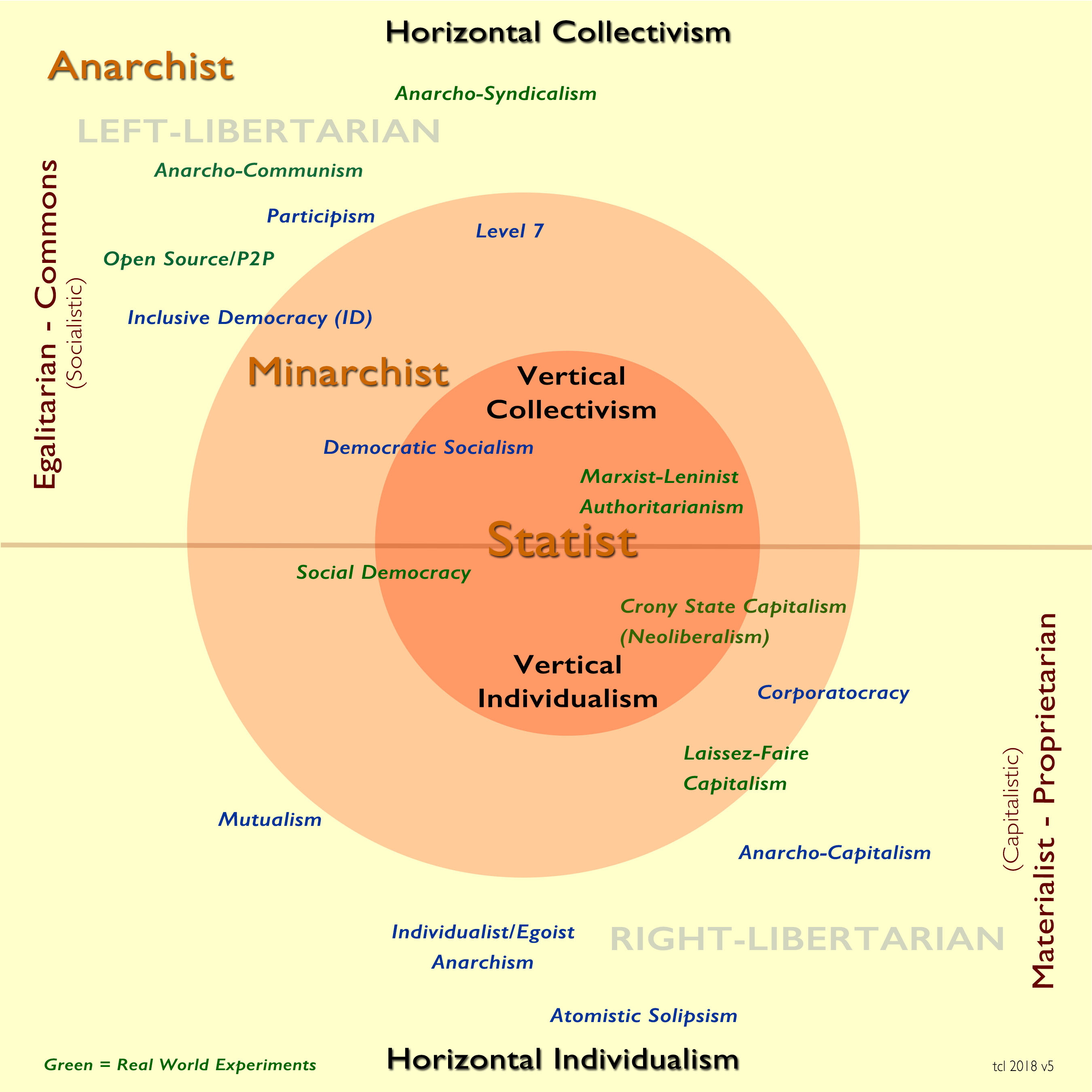